Now that it’s all shiny and clean, it’s time to fix everything that’s broken and reassemble. 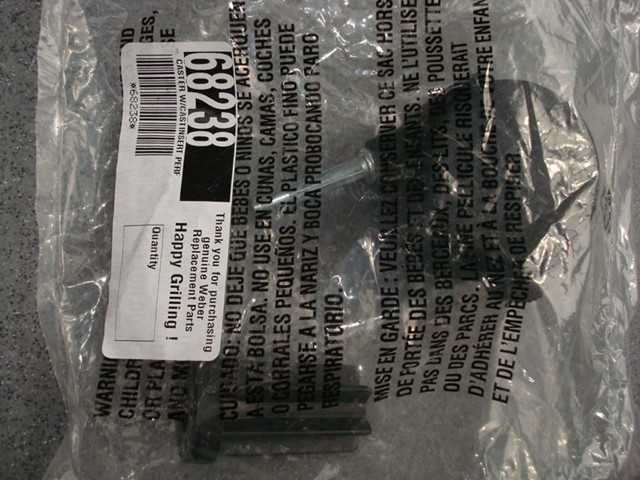 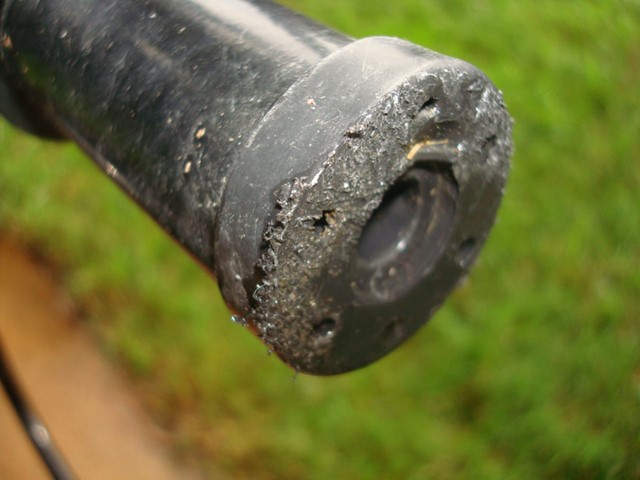 The original insert had seen better days. It looks like the grill lost its casters a long time ago. 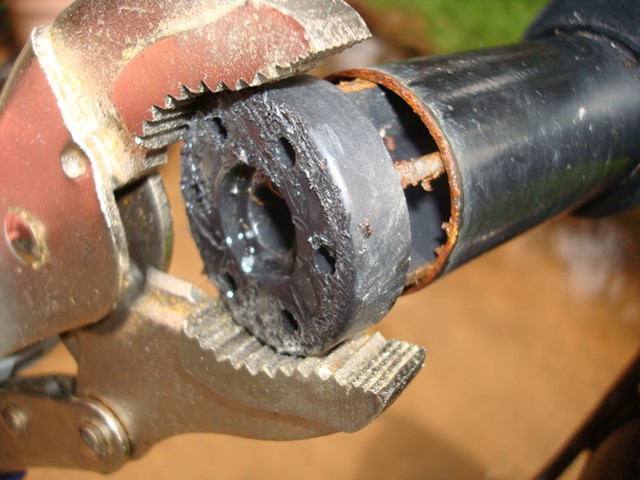 To replace the insert, use pliers to twist and pull it out of the leg. Not much force is needed. Chances are it can be done by hand. 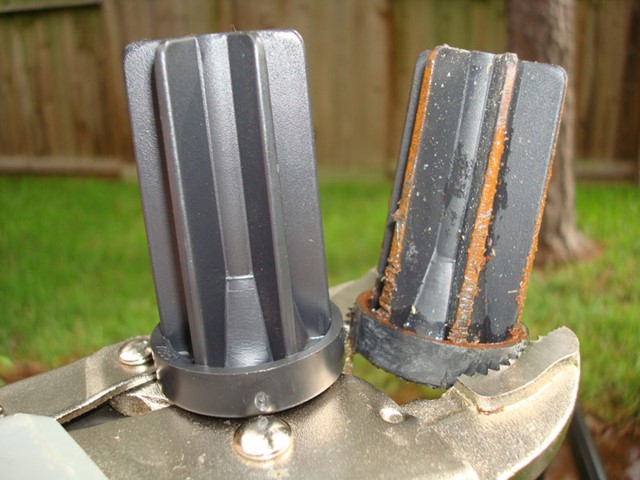 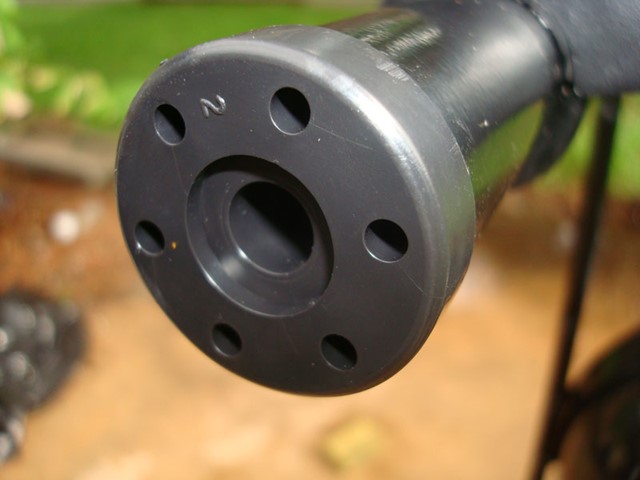 This is definitely the correct replacement part. The new insert just pops right in. 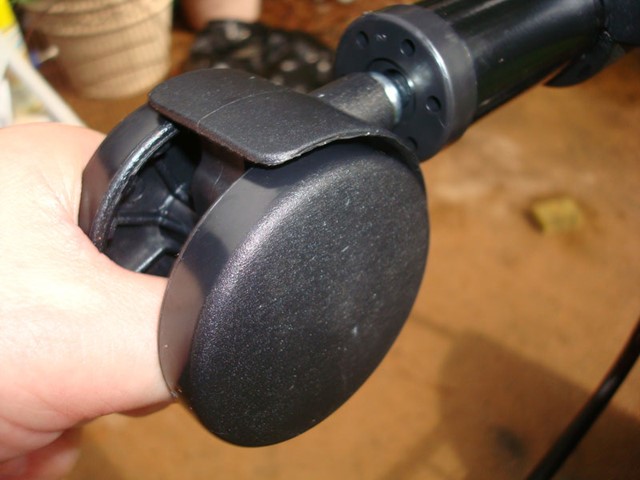 The replacement caster clicks in with little effort. 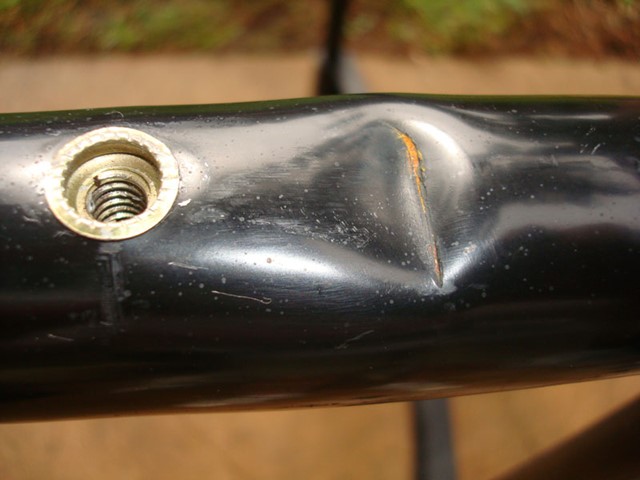 The next thing to address is the bent front frame. It appears that something heavy hit the lid and table. 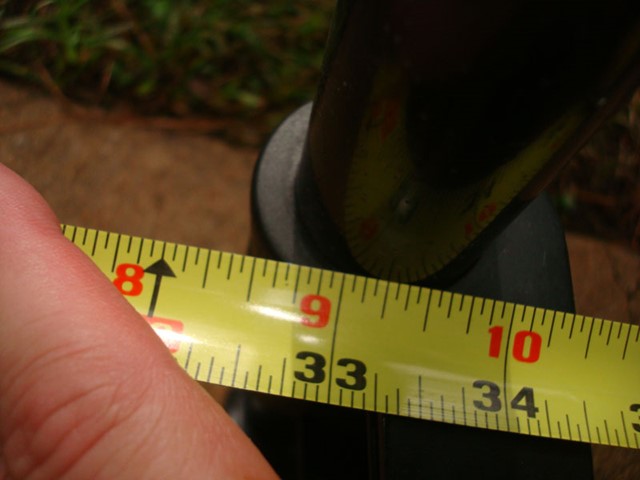 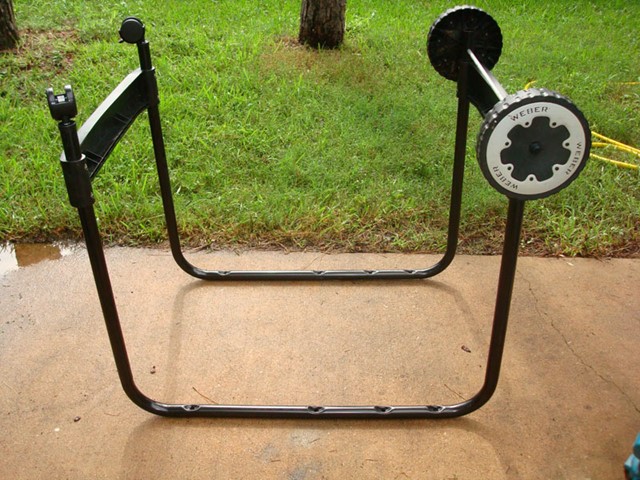 I measured the rear frame and bent the front to match. Adjustments were easy because the frame is easily bent. 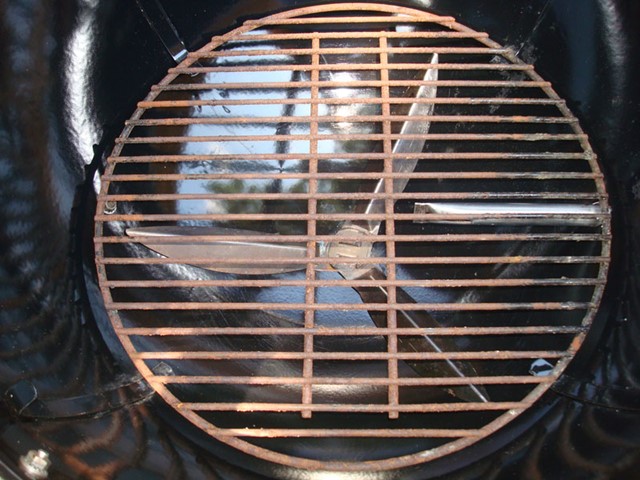 I chose to keep the original charcoal grate. It was rock solid. 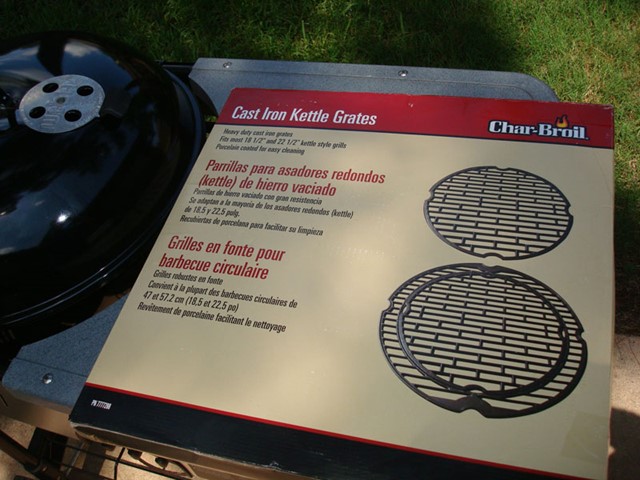 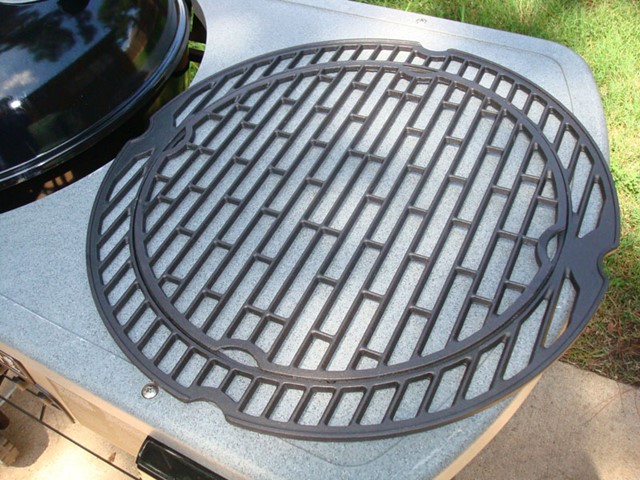 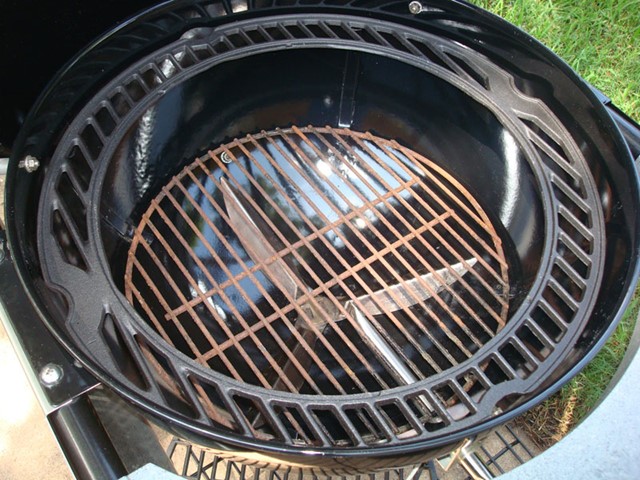 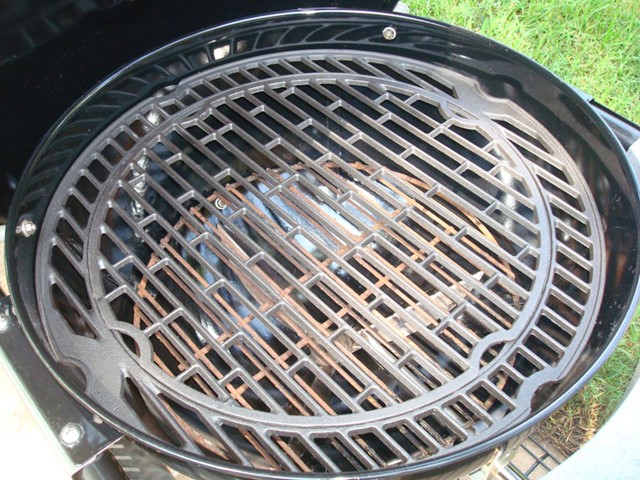 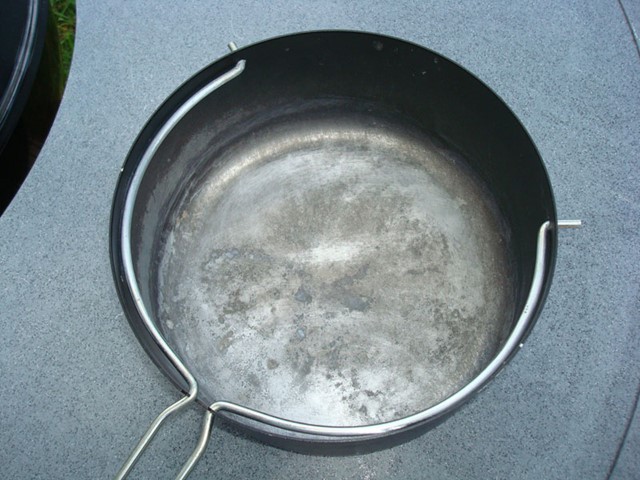 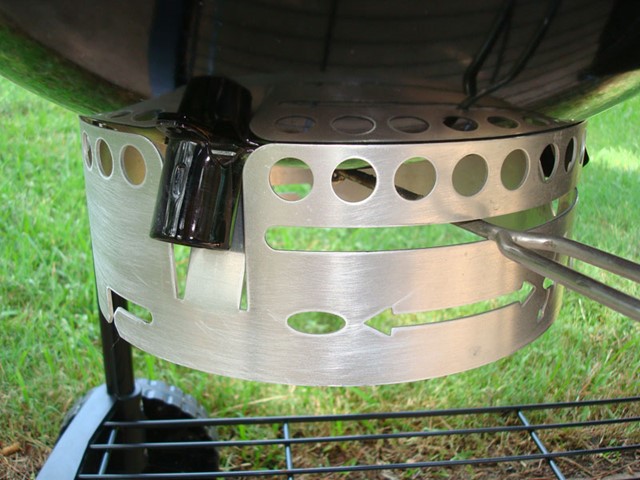 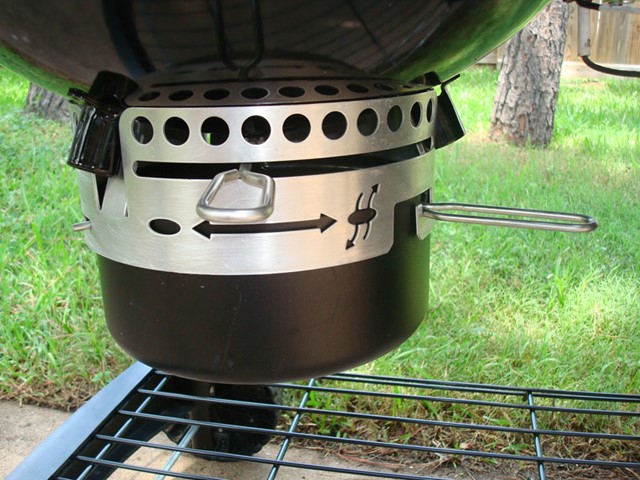 The last remaining parts to reinstall is the ash catcher assembly. 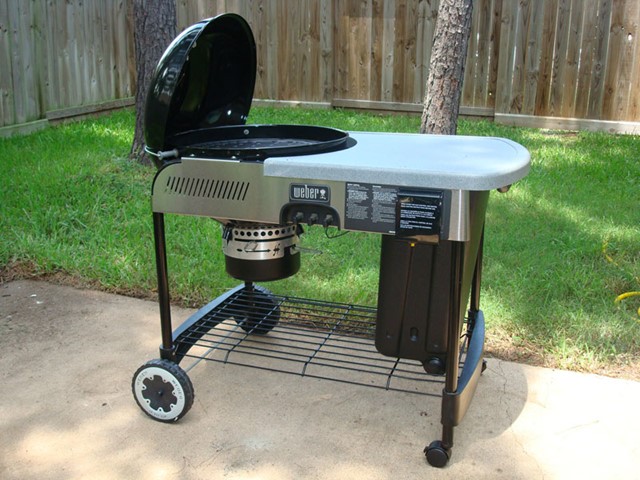 The grill is complete! Beginning to end the rebuild/cleanup only took about two hours. 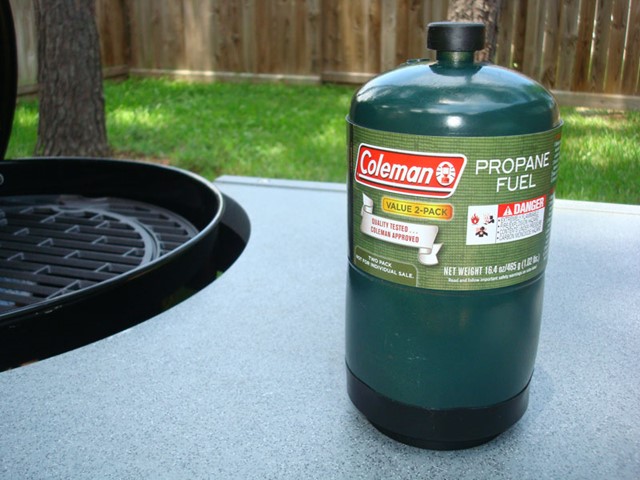 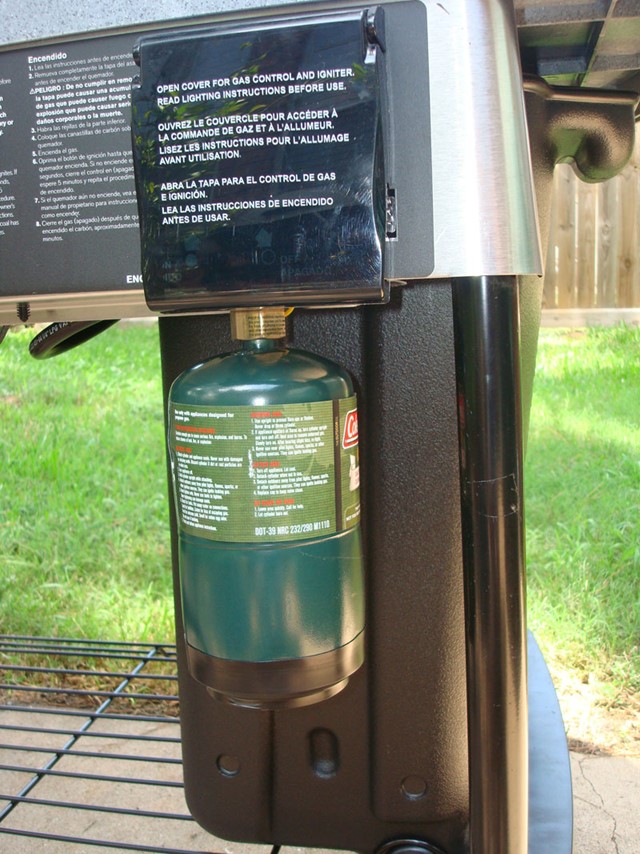 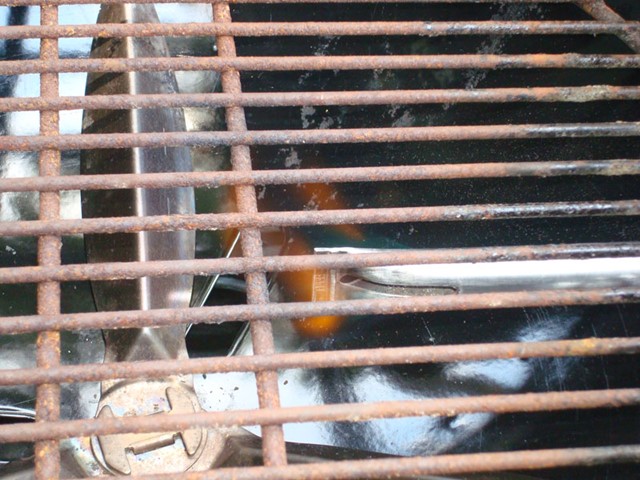 I found a spare Coleman propane cylinder and screwed it in place. The grill fired right up with the first attempt.